From The Desk Of Author Ali Dean – I'm All About Books 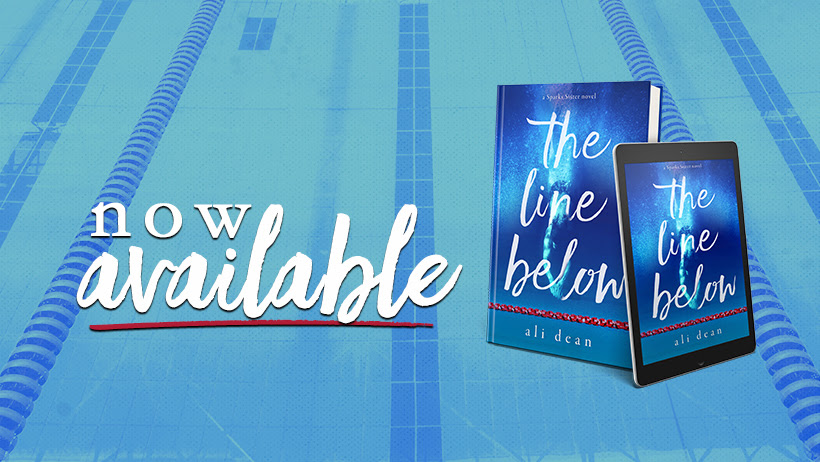 The Line Below is live!

From #1 Amazon Sports Fiction bestseller comes a standalone new adult romance about a collegiate swimmer who falls for an Olympic track star.

Water. The place where I feel at peace.

Free from the expectations. Away from the judgement. Weightless from the obligations.

When I slip under the cool surface, I’m no longer sinking from the demands of family, school and the choices that I must make. Chase my dream of the Olympics or follow the expected career path? What will it be?

I’m not usually one to rock the boat – that’s my twin sister’s role. I find myself in uncharted territory when I meet Jett Decker on my twenty-first birthday. It’s not like me to get swept off my feet, but when I do, it creates waves with those closest to us.

Chemistry ignites, jealousy spikes and tension builds the more we’re together. Sometimes in real life the lines between what is wanted and what must be done get blurred. Not everything is crystal clear, like the line below. 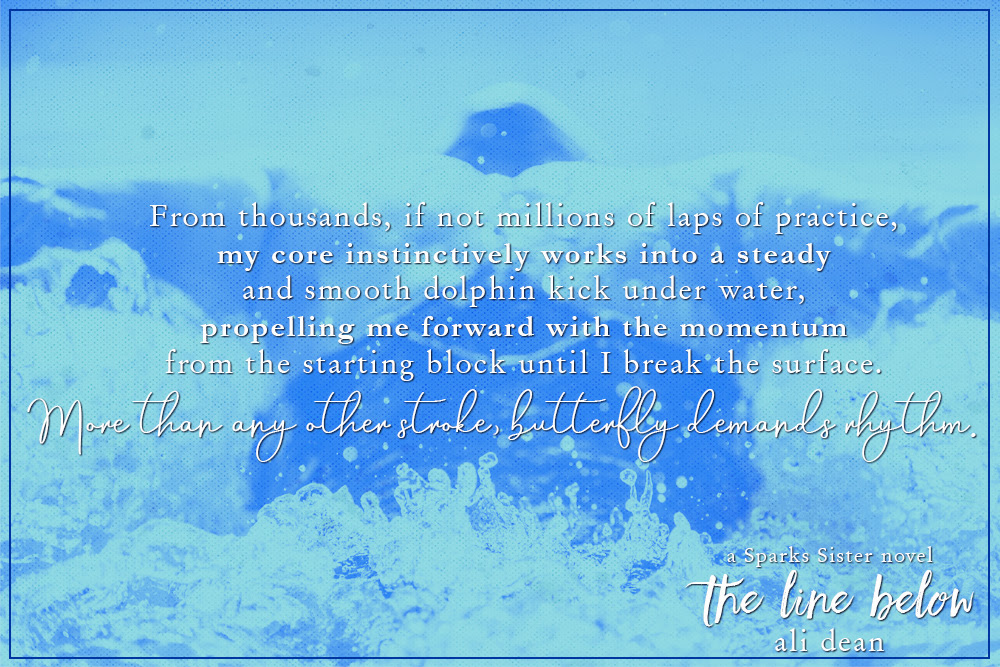 Check out this excerpt!

My hips are swaying sensually to the rhythm of the beat as Kick and Beatrice are both doing the vertical dry hump thing with different guys. I’m debating whether to wait for Julian or call it a night when I catch sight of what can only be described as an athlete’s body walking decisively in my direction. My eyes meet the chocolate brown of his as he draws closer. Even though I think he’s staring right at me, I fight the urge to look around to check if it’s me he’s coming for, or someone else.

That’s the only way to explain how this guy is walking – like he’s coming for me with a specific purpose in mind. I don’t even consider doing my usual head-duck-and-slip-away move like I normally would in this situation. But this situation isn’t normal, because by the time he reaches me, I’m barely breathing anticipating his next move.

He stops inches away, and I can’t raise my eyes to meet his. They’re stuck on his broad shoulders and muscled arms, then sliding down to his trim waist, and jeans that barely hide the firm muscles underneath. A strobe light passing by reveals caramel skin. He’s solid and strong without having that overly-muscled look. My lips curve up slightly as I wonder what he’d look like in a Speedo. I’d know if he was a swimmer though, because it’d be him I’d have been crushing on for years, not Julian Reed.

When my eyes finally meet his, there’s a smirk on his lips. I don’t even realize my body’s been moving this whole time to the beat of the music until he places his hands firmly on my hips and matches my movements. His hands feel like they’re searing my skin.

And for the first time, I totally get the urge to press my body against a complete stranger. Actually, it’s not even an urge, it’s a magnetic force because without even deciding whether it’s a good idea, I’ve moved closer until we’re chest to chest, my hips pressed up to his thighs, my arms around his neck.

I don’t do intimate like this with a guy who’s done nothing but smirk at me. But God, it feels so good. His hands slip lower, resting low enough to be inappropriate. All of this is inappropriate. I let my head drop back and close my eyes, tossing away the responsible voice in my head and letting myself just go with it. Ride this wave of… whatever the hell it is. Indulgence? Definitely. The word “free” flushes through me as my hips slide with his body, but it’s not quite that. If only because I know it’s temporary. It doesn’t even seem real.

He hitches up the leg between mine until my toes barely touch the ground. I’m writhing on him, the friction of his jeans rubbing me as we slide in a sensual rhythm. We’re in sync with one another, our movements smooth and fluid, and my body sinks deeper into his, the sensations overwhelming me.

The music’s too loud to hear anything, not even my own breathing. But my heart is beating with such force that I feel it in my toes. I want this to keep going, but as the beat shifts to a new tune, I sense my dancing partner pulling away and I let myself slide to the ground. He holds my elbows, keeping me steady until I’m balanced and standing on my own two feet.

We hold each other’s gaze for a few beats until he flashes that same smile that started all this. He leans down, and I think he’s about to kiss me but his hand grazes the top of my dress, and I feel his finger drop inside. He’s placed a piece of paper between my breasts. Okay, that was not what I was expecting.

“That’s my number.” His lips brush my ear as he says it, making sure I hear him over the music. “You should call me. I’m free tomorrow night.”

I’m practically panting, but he turns and walks away. My eyes follow the path of his departure, lingering on his butt, branding it to memory, as my legs struggle to keep me upright. I feel bereft from his absence, and he was only with me for one song. His presence succeeded in turning me boneless, melting into a puddle on the dance floor, while I wonder, what the hell just happened.
Want to Read more?

If you love the book, don’t forget to leave a review on Amazon or Goodreads!

Also, I’m doing a $50 Amazon Giveaway on Facebook to celebrate this release, so head on over to check it out and enter!

This website uses cookies to improve your experience while you navigate through the website. Out of these, the cookies that are categorized as necessary are stored on your browser as they are essential for the working of basic functionalities of the website. We also use third-party cookies that help us analyze and understand how you use this website. These cookies will be stored in your browser only with your consent. You also have the option to opt-out of these cookies. But opting out of some of these cookies may affect your browsing experience.
Necessary Always Enabled

Any cookies that may not be particularly necessary for the website to function and is used specifically to collect user personal data via analytics, ads, other embedded contents are termed as non-necessary cookies. It is mandatory to procure user consent prior to running these cookies on your website.