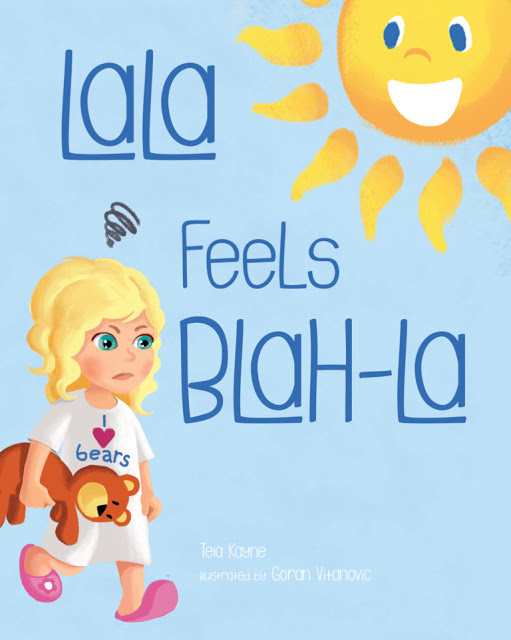 Welcome to LaLa’s World: Where kids learn how to be the change!

In this newly released children’s book, “LaLa Feels Blah-La,” a young girl and her stuffed bear wake up feeling blah for no apparent reason. LaLa’s mom teaches her to be mindful of her feelings and turn her mood around with the flip of a coin. Perfect for young readers, LaLa Feels Blah-La , teaches children to be more mindful of their feelings and manage their mood swings.

Lala wakes up and feels rotten, but she’s not sure why. She’s not sick, and the sun is shining. Lala is blah-la.

She stomps downstairs for breakfast. 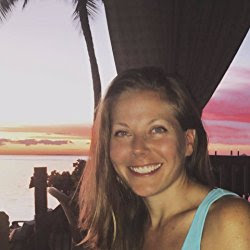 As the daughter of a librarian, Tela Kayne grew up reading countless literary works of all genres in quiet corners of the local library. She developed the love of writing at an early age, penning theatrical productions that were performed in the family living room for an audience of loved ones. She officially began her creative career as a young actress in Atlanta, having appeared on stage in a variety of roles including Puck of Midsummer Night’s Dream and Alice in Alice in Wonderland.

After graduating college Summa Cum Laude from the University of Georgia with a Bachelor of Arts degree in Psychology and working a short stint in the “real world,” she moved to Los Angeles to pursue a career in film. After securing her Screen Actor’s Guild membership through appearances on television shows like G vs E, The Parkers and Get Real as well as films like Down to You, Almost Famous, and Disney’s The Kid, she decided to garner more behind-the-camera experience. She secured internships at Scott Rudin Productions, one of Hollywood’s most prolific and demanding producers and Mostow Lieberman Productions (U-571) at Universal Studios. She soon accepted a paid position with executive producer Chris Sievernich and discovered her love of screenplay development, running the coverage department for Kinowelt USA and assisting in the development of projects like Nurse Betty, The Wedding Planner and Welcome to Collinwood. After several years of working in Hollywood, she returned home to Atlanta in 2001 to focus on a career in strategic marketing.

As president and founder of The Virtue Agency, an integrated content development and marketing agency, Tela has spent the last fifteen years writing content and maximizing brand exposure and engagement for clients. She has authored articles that appear on MarketWatch (WSJ), Yahoo! Finance, MNN.com, EWG.org, and HealthyChild.org. She is also entering into the literary world with the release of LaLa Feels Blah-La, Book 1 of her debut children’s series, LaLa’s World.

Visit us at Pump Up Your Book!

As an Amazon Associate I earn from qualifying purchases on this blog. What % I do earn helps to fund the giveaways that are offered on this blog. To learn more about the affiliate links on my blog please read my privacy policy by clicking here. Thank you for all of your support.
END_OF_DOCUMENT_TOKEN_TO_BE_REPLACED
%d bloggers like this: