Just south of Tupelo, Mississippi on the Natchez Trace lies a place of mystery called Witch Dance.
When Thomas and Margaret Speedwell took their twins to Witch Dance for a weekend camping trip, they never imagined they would be pulled into a vortex of witchcraft, tragedy, and karma. One of the girls goes missing; the other won’t say what happened on the other side of the hill.
The tragedy pulls together a cast of characters from Margaret’s childhood and beyond – Choctaw and Chickasaw Indians, Toltec ancestors, the extinct Hopewell tribe.
With the help of a childhood friend, a concerned newspaper reporter, and visions by a strange old woman, a two-thousand-year-old mystery begins to unfold, uncovering missing children throughout generations. Who is taking them? Could it be the infamous witches of Witch Dance?

Emily and Sarah squealed as they raced toward the small hills at the edge of the field. No tree or

bush grew on top of the hills. They were two barren knolls of smooth earth, offering neatly manicured grass and clear views of the surrounding land. Except for the Bynum Mounds tourist sign at the parking lot entrance, no one would even know what these mounds were. The six-year-old girls knew nothing of the history of these hills. They were only concerned with beating each other to the top.

They ran as fast as their legs could run. This was nothing new; they raced everywhere. They’d done so since before they learned to walk, crawling faster and faster to beat the other to the prize at the end of the race. Born mere minutes apart, they displayed typical sibling rivalry while vying for a favorite toy or the brightest crayon. Their favorite competition was racing each other.

Margaret and Thomas Speedwell had driven down the Natchez Trace from Nashville for a long overdue getaway with their girls. They’d arrived the day before, excited for their weekend camping trip at a place just north of the Bynum Mounds, a campground called Witch Dance.

Witch Dance sounded like a fun place to spend the weekend. It sported its own elaborate history, rumored to be where witches held their rituals and ceremonies. Legend has it that witches danced around bonfires, and where their feet touched the ground, no grass ever grew again, even until this day. The sign stating the legend at the entrance of the campground was a popular spot for photos by people who visited the site—families, ghost hunters, and the curious. The Speedwell family didn’t come for ghost hunting. This weekend was simply a chance for Margaret, Thomas, and their girls to shed the stress of their everyday lives and have a little fun.

“I wish they wouldn’t run ahead like that,” Margaret grumbled from the parking lot.

“It’s okay. Let them run,” Thomas replied. “We can see them from here.”

Thomas saw Margaret’s forehead crease with concern. She had a strand of black hair lying across her ivory cheek, but he resisted the temptation to brush it off her face. She was wound up, and if he touched  her when she wasn’t expecting it, she would jump, then apologize for being so jittery, then become even more anxious. Instead, he reached for her hand, touching her fingers first, then moving his palm into hers. She allowed him to hold her hand as they strolled toward the mounds, following their daughters. The lack of shrubbery and trees made it easy to keep an eye on the girls, but Thomas knew that still wouldn’t help Margaret relax.

“But they always run,” she said. “They run through the grocery store, the playground, the parking lot. I’ve scolded them a million times but I can’t get them to stop racing, no matter the punishment. What if they fall? What if they get hurt?”

Thomas squeezed her hand. “Oh, let them go. They won’t get hurt. You worry too much, Mama

Hen.” He chuckled softly, attempting to lighten her mood.

Thomas knew his feeble attempt at humor wasn’t going to make his wife’s concerns disappear. She was overly cautious when it came to the girls—paranoid, even. She fretted over every movement, every vegetable at every meal, the length of every nap. She hadn’t always been this obsessive, but with each miscarriage, each still birth, Margaret had grown more and more cautious. When they were finally blessed with the girls, Margaret’s caution became even more irrational. If Thomas brought up that fact, it would be the beginning of the next round of arguments, and end with her crying and accusing him of not loving her anymore, at which point he would disappear into his study or leave the house and bury himself in work at his office.

She yanked her hand away from his when they heard Emily shriek, the blood draining from

Margaret’s already pale face. Even Thomas’s adrenaline shot straight up at the sound, and he jerked his head in the direction of the girls. He and Margaret both caught their breath when they saw the girls laughing, Sarah chasing Emily to the top of one of the hills.

Emily shrieked as Sarah grabbed the back of her pink shirt, attempting to catch up, but the material slipped from Sarah’s fingers. Emily reached her hand back for Sarah, and they giggled as Emily pulled her sister forward. Their blond curls, which they inherited from their father, bounce as they crossed over the ridge at the top. They had begun their descent down the other side when they stopped in their tracks, their eyes wide.

On this hot summer day with a crystal blue sky and bright sunshine, a large cloud floated in front of them. Not a puffy white cloud—more like a murky shadow. It slowly swirled about a foot above the ground, as if an imaginary wind was trying to create a tornado, but there was no wind, not even the slightest breeze. The site resembled the twister the girls had seen in the movie with Dorothy and Toto, but there was no dirt or debris or houses in the vortex, just blackness.

The girls stood still, squeezing each other ’s hand. Emily wanted to scream for her mother, but she could only open and close her mouth like a fish washed up on a beach. It was as if the shadow had sucked all the air out of her lungs.

The black cloud began to increase in size, and the winds picked up. The howling winds started as a

low hum and grew louder and louder until it became a frightening sound, simultaneously emitting an ear- piercing shriek and a low, agonizing moan.

The girls released each other ’s hands and covered their ears.

The whirlwind continued to grow, inching closer to them, pulling at their curls, their clothing.

Even with her hands over her ears, Emily thought she heard human voices mumbling something beneath the roar of wind. She squinted her eyes and cocked her head, as if doing so would make the voices clearer. She felt Sarah reach for her arm, but Emily couldn’t take her eyes off the cloud. Sarah took a step forward, trying to pull Emily with her, but Emily stepped backward. Sarah’s fingers again lost their grip.

Emily took a second step backward. Everything in her gut told her to turn and run in the opposite direction. Back to her mother, back to her father, back to safety. She sensed something bad in the shadow before them and was certain it was watching them and wishing them to come closer.

Sarah reached back again for Emily, but Emily took another step backward, staying just out of her sister ’s reach. Then Emily turned and ran back up the hill, faster than she had ever run before. She was certain Sarah would follow. Sarah always followed.

The moment she reached the top of the hill, the roaring stopped. The whirring, the voices, and the

wind vanished. Emily saw her parents casually strolling toward the hill. Why weren’t they running? Didn’t they hear the horrible tornado that almost gobbled up their children?

Emily turned around to look for Sarah. There was nothing behind her but the bright, sunny valley below. No sound, no tornado, no Sarah.

BESTSELLING AND AWARD-WINNING AUTHOR LORI CRANE IS A WRITER OF HISTORICAL FICTION AND THE OCCASIONAL THRILLER. Her books have climbed to the Kindle Top 100 lists many times, including “Elly Hays” which debuted at #1 in Native American stories. She has also enjoyed a place among her peers in the Top 100 historical fiction authors on Amazon, climbing to #23. She is a professional musician by night – an indie author by day. 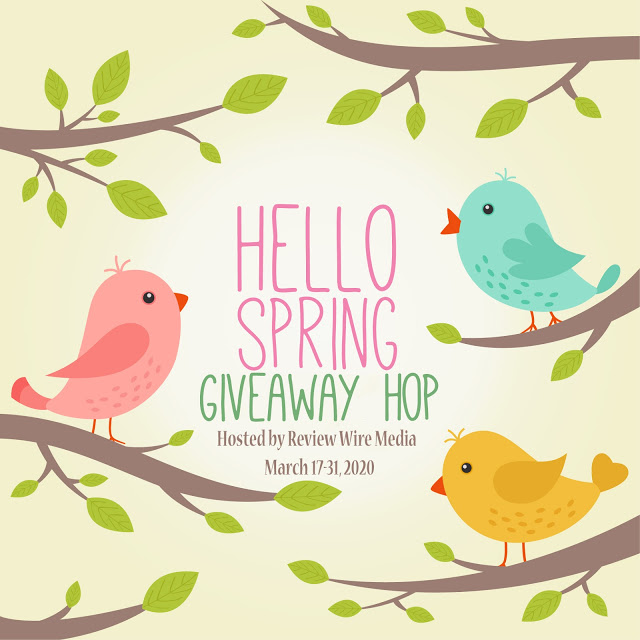 As an Amazon Associate I earn from qualifying purchases on this blog. What % I do earn helps to fund the giveaways that are offered on this blog. To learn more about the affiliate links on my blog please read my privacy policy by clicking here. Thank you for all of your support.
END_OF_DOCUMENT_TOKEN_TO_BE_REPLACED
%d bloggers like this: