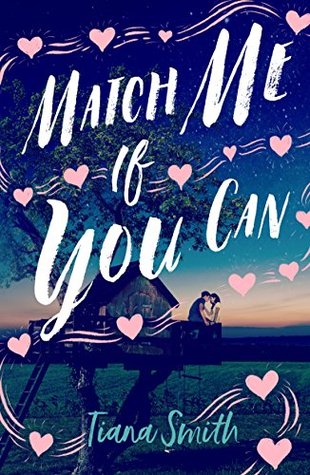 Mia’s best friend Robyn is known for her matchmaking skills, which is perfect, because homecoming is just around the corner. But Robyn refuses to set Mia up with the guy of her dreams, which forces Mia to take matters into her own hands. She uses Robyn’s matchmaking service to make sure popular Vince Demetrius falls for her.

Vince asks her out, but Mia doesn’t count on Logan, the persistent school newspaper photographer who seems to like her out of the

blue. Now she has to choose between Vince – the guy she knows is right for her – and Logan, who insists that she give him a chance. And she needs to make sure Robyn doesn’t find out that Mia’s been matchmaking behind her back.

Mia has two weeks before homecoming. Can she fix the mess she made or will she have to kiss her perfect match goodbye forever.

Then Elena, true to her unpredictable nature, did the one thing I’d never expected her to do.

It was silent all around us—except for the screaming going on in my head.

Fire coursed through my veins, every nerve ending in my body shouting for me to take Elena by her shoulders and do something. I wasn’t sure what. Punch her? Gouge her eyes out? Compose awful poetry, rhyming her name with really despicable synonyms? I wanted to do all those things, and then some. Not because of all the horrible things Elena had done to me, but because she was kissing Logan. I wanted to force Elena and Logan apart and shove her into the mini-golf pond to my left. The water smelled about as awful as I felt. She’d probably contract some deadly disease, and it’d serve her right. The putrid green water might even do permanent damage to her hair. Her hair that she was always so proud of. I wanted to set fire to that hair.

I wanted to eat all the ice cream in the world. I wanted to cry big, fat, ugly tears.

But I didn’t. Instead I stood there, frozen. We all did, each of us waiting for the kiss to end. Vince still clutched my waist. Logan hadn’t moved, apparently too surprised to act in any way.

I was surprised myself. At my own reaction. I never would have suspected the jealousy to take over as completely as it had. Sure, I knew Logan had gotten under my skin. I knew he affected me and I liked him. But still? Even after committing myself to Vince, I couldn’t get my heart to agree with my head. I’d thought that eventually Vince would replace Logan and I could merrily go on my way. I hadn’t thought Logan would claim that part of my heart only to never give it back. I’d never thought a pros-and-cons list could lie.

I tried to imagine my reaction if Vince had been the one Elena kissed.

I literally felt nothing. If Elena kissed Vince, I didn’t think I’d care. And that thought turned my world on its axis. Because I did care that she was kissing Logan. I cared a whole lot. This was the straw that broke my back, and I couldn’t shoulder the weight.

She finally ended the kiss, relaxing back onto her heels.

Logan looked at me. Elena looked at Vince. I looked at Logan. Vince looked at Elena. It was like one of those slow-motion videos. I could almost imagine the view panning out, then zooming in on each of our faces as we waited for someone to speak first. 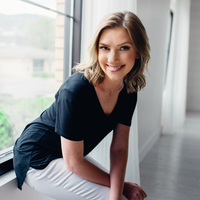 Tiana Smith is a copywriter turned novelist who grew up in the Wild West of Montana. When she isn’t writing, she’s

chasing after her ninja boy, reading, or binging the Disney Channel.

She’d love to be fluent in sign language, but for now she gets by with awkward hand gestures and even more awkward French. She has double degrees in Honors and English from Westminster College but wants to go back to school to be a lion tamer.

As an Amazon Associate I earn from qualifying purchases on this blog. What % I do earn helps to fund the giveaways that are offered on this blog. To learn more about the affiliate links on my blog please read my privacy policy by clicking here. Thank you for all of your support.
END_OF_DOCUMENT_TOKEN_TO_BE_REPLACED
%d bloggers like this: