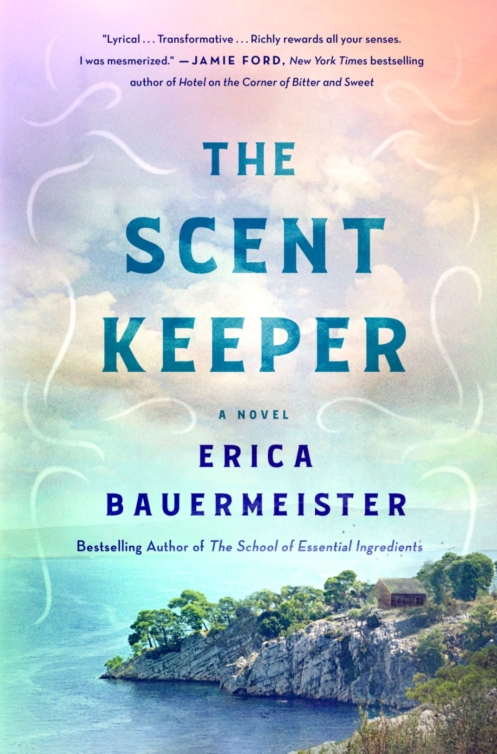 Erica Bauermeister, the national bestselling author of The School of Essential Ingredients, presents a moving and evocative coming-of-age novel about childhood stories, families lost and found, and how a fragrance conjures memories capable of shaping the course of our lives.

Emmeline lives an enchanted childhood on a remote island with her father, who teaches her about the natural world through her senses. What he won’t explain are the mysterious scents stored in the drawers that line the walls of their cabin, or the origin of the machine that creates them. As Emmeline grows, however, so too does her curiosity, until one day the unforeseen happens, and Emmeline is vaulted out into the real world–a place of love, betrayal, ambition, and revenge. To understand her past, Emmeline must unlock the clues to her identity, a quest that challenges the limits of her heart and imagination.

Lyrical and immersive, The Scent Keeper explores the provocative beauty of scent, the way it can reveal hidden truths, lead us to the person we seek and even help us find our way back home.

Back before there was time, I lived with my father on an island, tucked away in an endless archipelago that reached up out of the cold salt water, hungry for air. Growing up in the midst of the rain and moss and ancient thick-barked trees, it was easy to forget that the vast majority of our island was underwater – descending down two, three, five hundred bone-chilling feet. Forever really, for you could never hold your breath long enough to get to the bottom.

Those islands were a place to run away, although I didn’t understand that at the time. I had nothing to run from and every reason to stay. My father was everything. I’ve heard people say that someone is “their whole world,” their eyes filled with stars. But my father was my world, in a way so literal it can still grab my thoughts, pick them up and toss them around like driftwood in a storm.

Our cabin was set in a clearing at the center of the island. We were not the first to live there – those islands have a long history of runaways. Almost a century ago there were French fur trappers, with accents that lilted and danced. Loggers with mountainous shoulders, and fishermen who chased silver-backed salmon. Later came the draft dodgers, hiding from war. Hippies, dodging rules. The islands took them all in – the storms and the long, dark winters spat most out again. The beauty there was raw; it could kill as easily as it could astonish.

Our cabin had been built by the truest of runaways. He set up in a place where no one could find him and built his home from trees he felled himself. He spent forty years on the island, clearing space for a garden and planting an orchard. One autumn, however, he simply disappeared. Drowned, it was said. After that the cabin was empty for years until we arrived and found the apple trees, opened the door. Raised the population of the island to two.

I don’t remember arriving on the island myself; I was too young. I only remember living there. I remember the paths that wandered through those watchful trees, the odor of the dirt beneath our feet, as dark and complicated as fairy tales. I remember our one-room cabin, the big chair by the wood stove, and our collection of stories and science books. I remember the smell of wood smoke and pine pitch in my father’s beard as he read to me at night, and the ghostly aroma of the runaway’s pipe tobacco, an olfactory reminder that had sunk into the walls and never quite disappeared. I remember the way the rain seemed to talk to the roof as I fell asleep, and how the fire would snap and tell it to be quiet.

Most of all, I remember the drawers.

My father had begun building them when we moved into the cabin, and by the time he was done they lined our walls from floor to ceiling. The drawers were small things, their polished wooden fronts no bigger than my child-sized hands. They surrounded us like the forest and islands outside our door.

Each drawer contained a single small bottle, and inside each bottle was a piece of paper, rolled around itself like a secret. The glass stoppers of the bottles were sealed with different colored waxes – red in the top rows, green for those below. My father almost never opened the bottles.

“We need to keep them safe,” he said.

But I could hear the papers whispering inside the drawers.

Finally, he agreed. He took out a leather book filled with numbers and carefully added one to the list. Then he turned to the wall of drawers, pondering his choice.

“Up there,” I said, pointing up high to where the red-wax bottles lived. Stories always begin at the top of a page.

My father had built a ladder that slid along the wall, and I watched him climb it almost to the ceiling, reaching into a drawer and drawing out its bottle. When he was back on the ground, he carefully broke the seal. I could hear glass scritching against glass as he pulled out the stopper, then the rustle of the paper as he unrolled it into a plain, white square. He leaned in close, inhaling, then wrote another number in the book.

I meant to stay still, but I leaned forward, too. My father looked up and smiled, holding out the paper.

“Here,” he said. “Breathe in, but not too much. Let the smell introduce itself.”

I did as he said. I kept my chest tight and my breath shallow. I could feel the tendrils of a fragrance tickling the inside of my nose, slipping into the curls of my black hair. I could smell camp fires made from a wood I didn’t recognize, dirt more parched than any I had ever known, moisture, ready to burst from clouds in a sky I’d never seen. It smelled like waiting.

I inhaled, and fell into the fragrance like Alice down the rabbit hole.

Later, after the bottle had been stoppered and sealed and put back in its drawer, I turned to my father. I could still smell the last of the fragrance lingering in the air.

“All right, little lark,” he said. He sat in the big chair and I nestled in next to him. The fire crackled in the wood stove; the world outside was still.

“Once upon a time, Emmeline…” he began, and his voice rolled around the rhyme of it as if the words were made of chocolate.

Once upon a time, Emmeline, there was a beautiful queen who was trapped in a great white castle. None of the big, bold knights could save her. “Bring me a smell that will break the walls,” she asked a brave young boy named Jack…

I listened, while the scents found their hiding places in the cracks in the floorboards, and the words of the story, and the rest of my life. 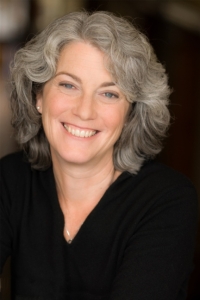 Erica Bauermeister is the author of the bestselling novel The School of Essential Ingredients, Joy for Beginners, and The Lost Art of Mixing. She is also the co-author of the non-fiction works, 500 Great Books by Women: A Reader’s Guide and Let’s Hear It For the Girls: 375 Great Books for Readers 2-14. She has a PhD in literature from the University of Washington, and has taught there and at Antioch University. She is a founding member of the Seattle7Writers and currently lives in Port Townsend, Washington.

As an Amazon Associate I earn from qualifying purchases on this blog. What % I do earn helps to fund the giveaways that are offered on this blog. To learn more about the affiliate links on my blog please read my privacy policy by clicking here. Thank you for all of your support.
END_OF_DOCUMENT_TOKEN_TO_BE_REPLACED
%d bloggers like this: