Harbor Village is a vivacious retirement paradise known for its beachy locale and active senior scene. But ever since murder moved in, the idyllic coastal community is becoming a little less lively . . .

With the first annual antique car show cruising into the tranquil bayside oasis of Fairhope, Alabama, there are bumpy roads ahead for Harbor Village director Cleo Mack. As an automobile-themed lecture series gets off to a rough start, she finds herself balancing one too many responsibilities—and dodging advances from a shady event sponsor. It’s enough to make Cleo feel twice her age. But the festivities reach a real dead end when she discovers a body at the Royale Court shopping center . . .

When an innocent man lands in the hot seat for murder, Harbor Village residents look to Cleo to crack the case. Aided by an eclectic group of energetic seniors, Cleo races to identify the true culprit from a growing list of harmless Sunday drivers—before a killer revs up for another hit and run!

I never thought of myself as a character but if you say so, maybe I am. My name is Reginald Handleman and I’m a car guy. Gearhead, some people call us. Not that I have grease under my nails. Far from it. I’m more like a butler, wearing white gloves and serving the nobility of the automobile world. That’s the investors, if you don’t know.

I’m affiliated with a couple of the major automotive museums and familiar with every show and exhibition of any significance. My speciality is building the status and desirability of particular vehicles so that the value of the investment is maximized. And the return on those investments can be astronomical. Interested in doubling your money in a couple of years? Got a quarter million to invest? (If the answer’s yes, let’s talk.)

I know the potential purchasers and they know I can find the right vehicle for their portfolio and get it credentialed. But right now I’m working on my own portfolio. I found this little town in Alabama—Fairhope, it’s called, because the founders thought it had a fair hope of success.

Anyone who thinks it hasn’t succeeded already has a strange idea of success. And the future looks even brighter.

I’ve decided to put a new museum there, down near some of the most beautiful beaches in the world. This country is losing its history where technology is concerned. Nobody remembers how to change a tire, much less knowing anything about these continuously variable transmissions that are saving our butts with gas mileage.

I’m going to preserve the essential elements of technological history and work with the schools to train a new batch of engineers and designers. Man, the South’s the future of the automobile industry.
People ask me, what’s a black man doing, going to Alabama? What’d’ya do when the cops pull you over? And I tell them this: I’ve met the top cop, thank you. He’s a brother.

Just one little problem with the whole plan: My wife isn’t with the program yet. So that’s job one on this trip, finding some people she’ll fit in with. We’re older than you think, probably, and I’m going to check out this little upscale retirement community. Harbor Village is its name. Fingers crossed. 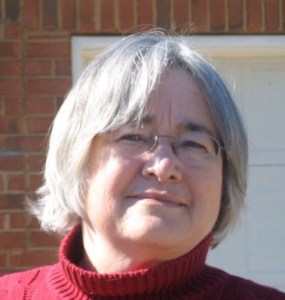 Born and raised in Alabama, G. P. Gardner earned BS and MA degrees in Psychology from the University of Alabama (Tuscaloosa, AL) and an MBA from Jacksonville State University (Jacksonville, AL). She also attended the University of Georgia (Athens, GA), where she studied biopsychology and primatology. But her heart belongs to Talladega College—an HBCU and the first educational institution in Alabama to admit students without regard to race—where she taught business. Her writing life began with short stories, some of which were published in regional literary journals and some of which won prizes. She enjoys the classic mystery writers as well as contemporary whodunits but reads widely. She is a knitter and once owned a knit shop in Fairhope, AL. She studied mystery writing with Terry Cline, another Fairhope resident. Murder in Harbor Village is the first in her series about social worker Cleo Mack. You can visit her at gpgardner.com.

As an Amazon Associate I earn from qualifying purchases on this blog. What % I do earn helps to fund the giveaways that are offered on this blog. To learn more about the affiliate links on my blog please read my privacy policy by clicking here. Thank you for all of your support.
END_OF_DOCUMENT_TOKEN_TO_BE_REPLACED
%d bloggers like this: