Content Rating: PG-13 – M:  This is an action thriller involving special forces military. There are scenes of violence, including torture.

Rory Glassen is selected to join an elite SAS cell. They are sent to
Libya to seek retribution for the near-death torture of two of their SAS
troopers, at the hands of a medieval-run empire led by a despotic
Sultan. What was to be a milk-run operation turns sour, as a battle of
wits to survive soon develops between two warring factions. Sultan and
Rory lock horns, trying to outwit each other and prevent any more
deaths. It is only when a most unexpected ally emerges from Rory’s
distant past, and offers the cell information, that a solution appears.
Like worms, they burrow into the catacombs of the old Roman Fort on
which the Sultan’s Palace is built and seek their revenge. 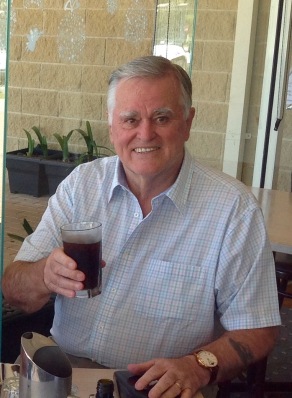 Scotland. Wife’s name is Avril. Has two children, Darren (52) and

Vanessa (47). Enjoyed six years’ service in the Parachute Regiment in

the British Army from 1960 to 65, mainly in the Middle East and Europe.

Migrated as a family to Australia, in 1965, seeking new challenges and a

extensively worldwide whilst employed by a major Australian

that the Army relationships and strong emotional bonds that are created

in life-threatening experiences in the field, had not been exposed, or

described adequately, in the novels he had read. His first novel tried

to cover that. It takes place post-WWI through to post-WWII. The second

novel, a follow-up military story, again covers a subject not exposed as

a problem before. His third novel covers a criminal gang and its unique

way to produce huge profits from the saddest moments in human life; yet

a boon to the medical world. The fourth exposes the world of computer

hacking, with a clever killer achieving his aim of executing a crime

boss in revenge for his wife’s death at his hands. 1st: Eye of the

(Military, SAS, MI6) All novels are linked by a common major character,

and physical attributes gleaned from his childhood upbringing alone in

As an Amazon Associate I earn from qualifying purchases on this blog. What % I do earn helps to fund the giveaways that are offered on this blog. To learn more about the affiliate links on my blog please read my privacy policy by clicking here. Thank you for all of your support.
END_OF_DOCUMENT_TOKEN_TO_BE_REPLACED
%d bloggers like this: