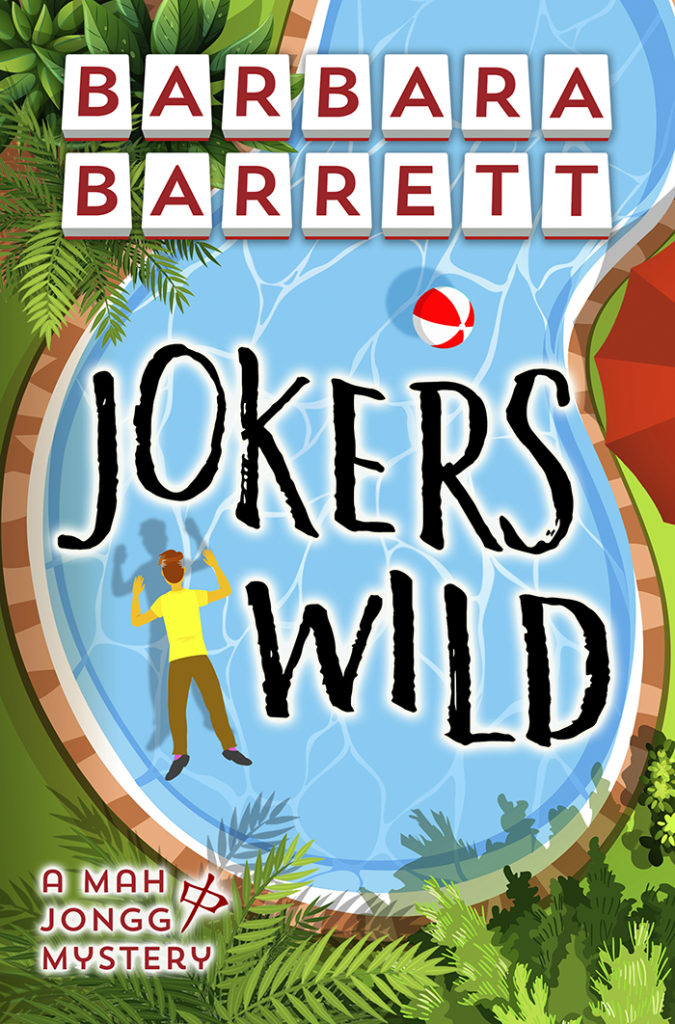 “The show must go on.” That applies even to playwright Marianne Putnam, when the director of her one-act play, “Jokers Wild,” fails to show for curtains up on opening night at the community theater in Serendipity Springs, Florida. When the director’s wife begs Marianne to accompany her to their home to check on him, they find the man floating in his pool. Dead.

Though not known for his pleasant disposition—her relationship with him had been tense since nearly ramming into his car in a parking lot, but after all, he was the director—who would have wanted to murder him? Surely no one in the production crew, cast or the staff of the community center where the play was to be staged. Maybe it was the wife, who Marianne had overheard arguing with him. Or perhaps someone from his theater connections back in the Big Apple.

Since she was there when the body was discovered, Marianne is considered a suspect. That doesn’t mean she can’t help her three Mah Jongg friends—Syd, Micki and Kat—assist the sheriff with the investigation. But who’s there to help her when her path crosses the murderer’s.

Barbara Barrett started reading mysteries when she was pregnant with her first child to keep her mind off things like her changing body and food cravings. When she’d devoured as many Agatha Christies as she could find, she branched out to English village cozies and Ellery Queen.

Later, to avoid a midlife crisis, she began writing fiction at night when she wasn’t at her day job in human resources for Iowa State Government. After releasing eleven full-length romance novels and two novellas, she returned to the cozy mystery genre, using one of her retirement pastimes, the game of mah jongg, as her inspiration. Not only has it been a great social outlet, it has also helped keep her mind active when not writing.

Jokers Wild, the sixth book in her “Mah Jongg Mystery” series, features four friends who play mah jongg together and share otherwise in each other’s lives. None of the four is based on an actual person. Each is an amalgamation of several mah jongg friends with a lot of Barbara’s imagination thrown in for good measure. The four will continue to appear in future books in the series.

She is married to the man she met her senior year of college. They have two grown children and eight grandchildren.

When not in front of her laptop creating her next story, she plays mah jongg, travels and enjoys lunches with friends.

As an Amazon Associate I earn from qualifying purchases on this blog. What % I do earn helps to fund the giveaways that are offered on this blog. To learn more about the affiliate links on my blog please read my privacy policy by clicking here. Thank you for all of your support.
END_OF_DOCUMENT_TOKEN_TO_BE_REPLACED
%d bloggers like this: