Welcome to the blog tour for action-packed thriller, The Failsafe Query by Michael Jenkins! Read on for an excerpt and a chance to win a print copy of the book!

The Failsafe Query is a gripping thriller set in the contemporary world of modern British espionage.

Sean Richardson, a disgraced former intelligence agent, is tasked to lead a team to search for Alfie Chapman, an Intelligence officer on the cusp of exposing thousands of secrets to the media. This includes a long lost list of Russian moles embedded since the Cold War, one of whom remains a public favourite in the British parliamentary system.

The action moves with absorbing pace and intrigue across Central Asia and Europe as the puzzle begins to unfold through a deep hidden legacy.

Tense, fast paced, and insightful, The Failsafe Query twists and turns to a satisfyingly dramatic finale.

Sean left Baker Street, heading south towards Oxford Circus. The sun blinded him as he strode purposefully, but at a slow pace. A distant siren, merged with the heavy traffic, accompanied the persistent noises in his mind. His heartbeat rose. His thoughts became intense as he reminded himself of the trauma that people had inflicted on him.

He had one more thing to tend to before he left London. And it involved a kill.

He turned right onto Crawford Street, then back on himself, and made numerous turns down the quiet Marylebone back streets. He headed back towards the Edgware Road and made a deliberate U-turn, browsing occasionally at some of the antiques in shop windows. Finally, he turned left onto Enford Street and walked quietly into the Thornbury Castle pub. He made his way to the bar and ordered a pint of Rebellion beer. He paused, turned his back to the bar and cast his eye around the few local punters before making his way to the far corner of the pub, which provided an excellent view of the entrance.

Exactly twelve minutes later, ‘One-Eyed’ Damon walked through the entrance. A beast of a man, just shy of six foot seven inches of sheer bulk, he made his way to the bar with a white stick. No words were exchanged as the bearded barman slipped a pint of pale ale across the bar and indicated with a glance that Sean was sat on the higher deck in the corner.

One-Eyed Damon was a Northern Ireland and Iraq war veteran. A surveillance and weapons expert who, even with only one eye left, was still at the top of his game and who had contacts in the city who could do anything that was needed. Pick a lock, Damon was the man. Provide a weapon or plant some bugs, Damon was the man. He shuffled up the small steps and crouched over his pint next to Sean.

‘You’re looking old and angry,’ One-Eyed Damon replied, smirking widely as his false eye glistened and twinkled in the low light. He was wearing a Union Flag lens.

‘Fuck off mate, you know I’m never angry. Just badly mad,’ Sean retorted. ‘And you can wipe that smile off your face, at least until you’ve paid me back for keeping your arse out of jail all those years ago.’ Sean had provided a glowing reference at Damon’s court martial in Colchester after Damon had ‘accidentally’ beaten up an RAF officer for touching up a woman in a Southend bar.

One-Eyed Damon broke into laughter. ‘Great days those, mate – he deserved it and you did indeed save my arse. But I hear it’s you who’s been in jail getting your arse pounded this time, Sean.’

‘No one is on your tail,’ Damon said, lifting his head from his beer and looking cautiously around the bar. ‘I followed you from that swanky hotel, all the way to Baker Street and then on your very obvious counter-surveillance route around Marylebone. You really need to sharpen up on your skills you know, mate.’

‘My mojo is coming back – don’t you worry about that.’

‘A kill,’ Sean said. ‘A slow one, but a purposeful one that I need you to look at. I’m going to be busy for a while with a job. Are you happy to do some stuff for me?’

‘Not a problem.’ Sean pulled out a small business card. ‘I need you to find this man. Find out everything about him, where he’s living, his pattern of life, who he’s shagging, what he loves, the lot.’ One-Eyed Damon turned the card over. The name on the card was Frazer, with a telephone number and a company address.

‘I assume this is the guy that got you shafted then?’

‘You could say that. Be careful though. He’s running Albanian gangs in the city as well as major drug-running operations across the continent. He takes pleasure in hurting his friends too.’

‘Fine. A real bastard then, who needs sorting out. I’ll find out everything about his movements and people. I look forward to hearing your plan on the kill.’

Sean stayed silent, smiled and stood up ready to leave.

‘Go via Samantha,’ he said. ‘She’s the conduit for this job. And feel free to leave a marker for him – just so he knows.’ 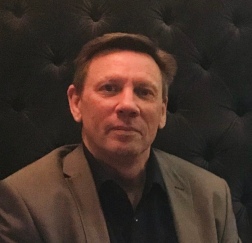 I started climbing at 13, survived being lost in Snowdonia at 14, nearly drowned at 15, and then joined the Army at 16. Risk and adventure was built into my DNA and I feel very fortunate to have served the majority of my working career as an intelligence officer within Defence Intelligence, and as an explosive ordnance disposal officer and military surveyor within the Corps of Royal Engineers.

I feel privileged to have served for twenty-eight years in the British Army as a soldier and officer, working in Defence Intelligence and Counter-Terrorist Bomb Disposal operations, rising through the ranks to complete my service as a major. I served across the globe on numerous military operations as well as extensive travel and adventure on many major mountaineering and exploration expeditions that I led or was involved in.

I was awarded the Geographic Medal by the Royal Geographical Society for mountain exploration and served on the screening committee of the Mount Everest Foundation charity for many years. It was humbling after so many years of service when I was awarded the MBE for services to counter-terrorism in 2007

The Failsafe Query is my debut novel, and I hope you enjoy the follow up novel, The Kompromat Kill, and my third in an ongoing series, The Moscow Whisper. Each can be read as standalone novels.

To win a paperback copy of The Failsafe Query, click the link below!

B is for Book Review (Spotlight) https://bforbookreview.wordpress.com

I’m All About Books (Spotlight) https://imallaboutbooks.com/

The Magic of Wor(l)ds (Spotlight) http://themagicofworlds.wordpress.com

As an Amazon Associate I earn from qualifying purchases on this blog. What % I do earn helps to fund the giveaways that are offered on this blog. To learn more about the affiliate links on my blog please read my privacy policy by clicking here. Thank you for all of your support.
END_OF_DOCUMENT_TOKEN_TO_BE_REPLACED
%d bloggers like this: